The Middle East region stretches from Mauritania in the West, to Armenia in the North, to Pakistan in the East. We give highest priority to projects in the largest and/or most strategic urban centers. Specifically, we focus our granting in the following cities: Alexandria, Amman, Assuit, Beirut, Bethlehem, Cairo, Dubai, Istanbul, Jerusalem, and Minya. We also prioritize granting in other capital cities or those over 1 million population. The average grant-size in the region is approximately $5,000. 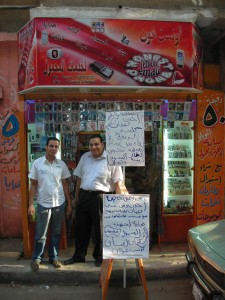 Like with other regions of the world, the most successful grant applications in the Middle East have significant funding and accountability from the church and have a creative and innovative approach to share the love of Jesus Christ in word and action. We give priority to small, dynamic start-up initiatives that plan to become locally managed or sustained. We do not provide ongoing support for projects that began more than three years ago.

The Foundation will only fund up to 50 percent of the total cost of any given project. Therefore, organizations that are heavily funded from outside their local community and have little church support are less likely to receive significant funding. Because of our emphasis on partnering with the local church, if the applicant is a parachurch organization, we require that it have a strong financial connection to a supporting church body.

In the Middle East, the Foundation encourages various projects such as community preschools, health clinics, Christian education, short-term missions, as well as income generating projects for poor Christians. Although we fund a wide variety of projects, the common goal is to share the gospel of Christ, with both nominal Christians and those of other faiths.